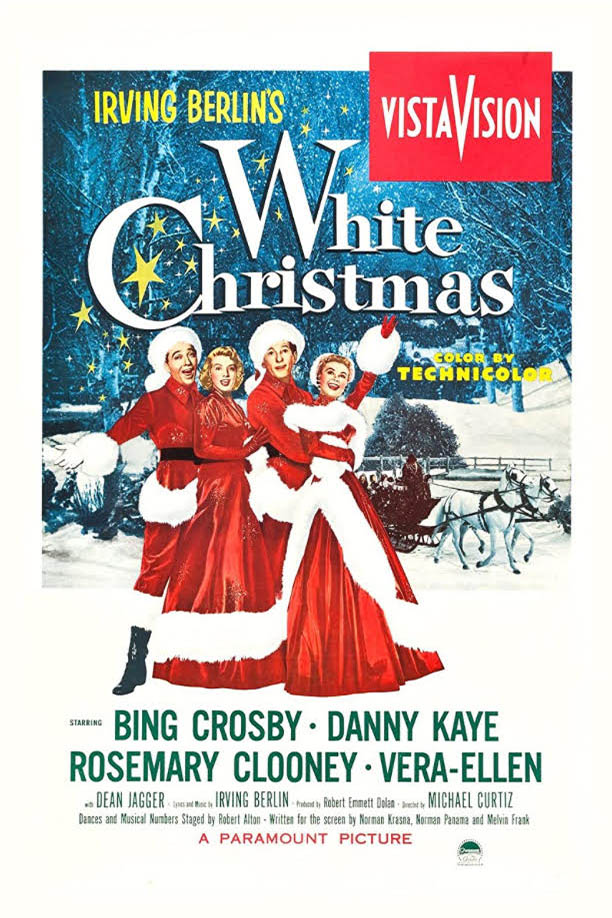 "White Christmas" spins the romantic and humorous tale of Bob Wallace and Phil Davis (Bing Crosby and Danny Kaye), two Army buddies who became a top-notch musical comedy team after the war and are now the toast of Broadway. While on the road in Florida, the stars become involved with two aspiring singers, the sister act of Betty and Judy (Rosemary Clooney and Vera-Ellen). Despite some romantic complications between the couples, everything ends on a happy note when Christmas Eve brings rave reviews for the show and much needed snowfall!