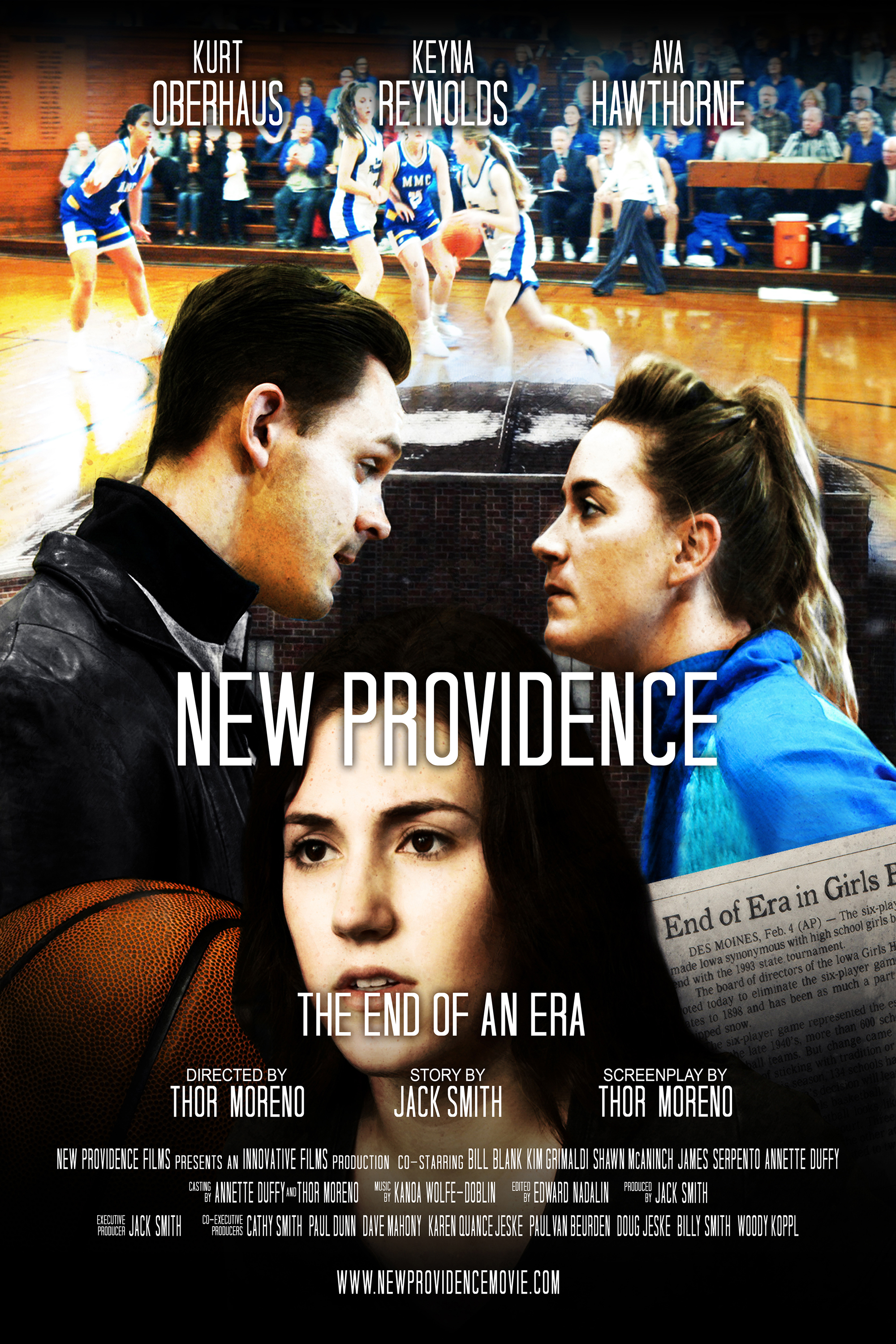 New Providence is the story of Jimmy Voss, a super-star, but often controversial sports magazine writer from New York City, who is sent by the magazine's publisher to a small town in Iowa to cover the final season of six-on-six girls' high school basketball. What he encounters there is the final year (1993) of the iconic six-on-six girls' basketball tradition, a passion for the sport by the coach, the team, and an undying love for the small town and the girls' game from a community that appears on the outside to be all but dead. But when the reporter allows himself to enter into their world, he discovers that being sent to New Providence, Iowa may have been the best day of his life.