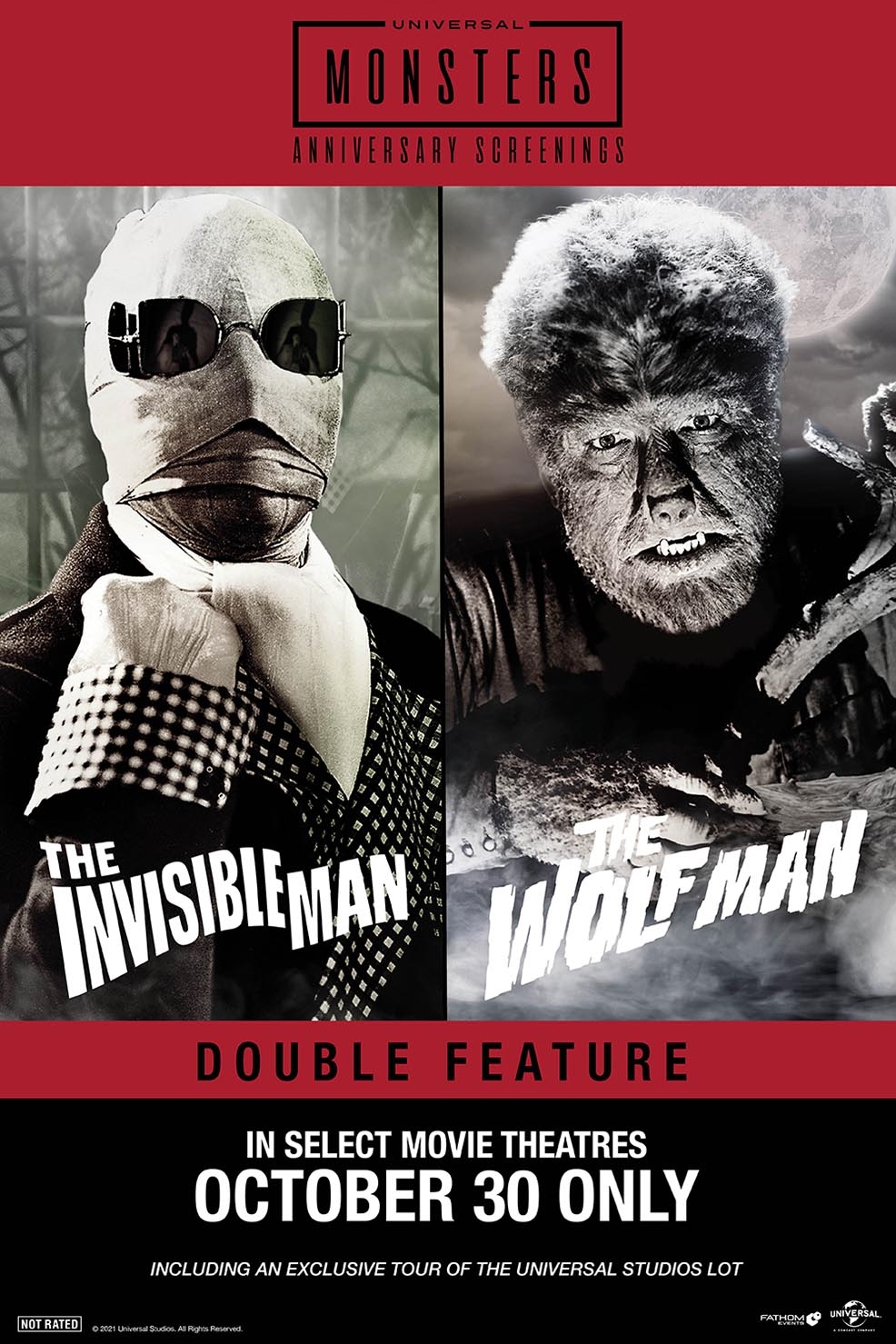 Universal is celebrating the 90th Anniversary of their Classic Monsters with a special double feature of the original The Invisible Man and The Wolf Man! Plus, fans will get an exclusive tour of the Universal Studios backlot! The signature adaptation of H.G. Wells' The Invisible Man stars Claude Rains as a mysterious scientist who discovers a serum that makes him invisible. Covered by bandages and dark glasses, the scientist arrives at a small English village and attempts to hide his amazing discovery. He soon realizes, however, that the same drug which renders him invisible is slowly driving him insane and capable of committing unspeakable acts of terror. Directed by James Whale, the horror classic features groundbreaking special effects by John P. Fulton that inspired many of the techniques that are still used today. "Even a man who is pure in heart and says his prayers by night may become a wolf when the wolfbane blooms and the autumn moon is bright." In 1941, The Wolf Man introduced the world to a new Universal movie monster and the mythology of the werewolf was redefined forever. Featuring a heartbreaking performance by Lon Chaney Jr. and groundbreaking make-up by Jack Pierce, this story of a cursed man who transforms into a deadly werewolf when the moon is full has not only become a masterpiece of the horror genre, but of all time.