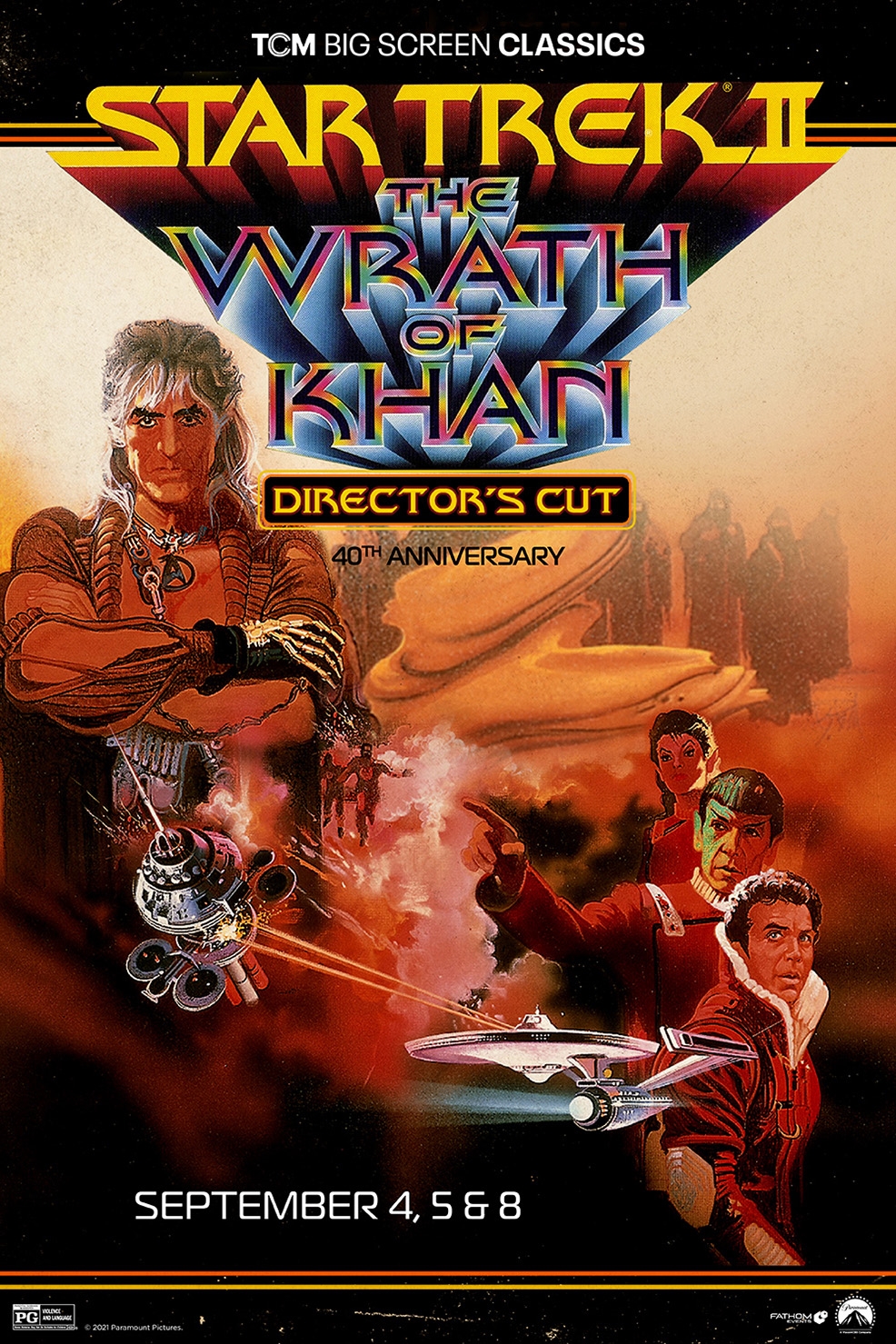 Fathom Events, Turner Classic Movies and Paramount Pictures are bringing Star Trek II: The Wrath of Khan to select cinemas on September 4, 5 and 8, including exclusive insights from TCM. One of the most celebrated and essential adventures from the STAR TREK universe, STAR TREK II: THE WRATH OF KHAN celebrates 40 years with the director's cut on the big screen. On routine training maneuvers, Admiral James T. Kirk seems resigned that this may be the last space mission of his career. But an adversary from the past has returned with a vengeance. Aided by his exiled band of genetic supermen, Khan (Ricardo Montalban) - brilliant renegade of 20th century Earth - has raided Space Station Regula One, stolen the top-secret device called Project Genesis, wrested control of another Federation starship, and now schemes to set a most deadly trap for his old enemy Kirk... with the threat of a universal Armageddon.