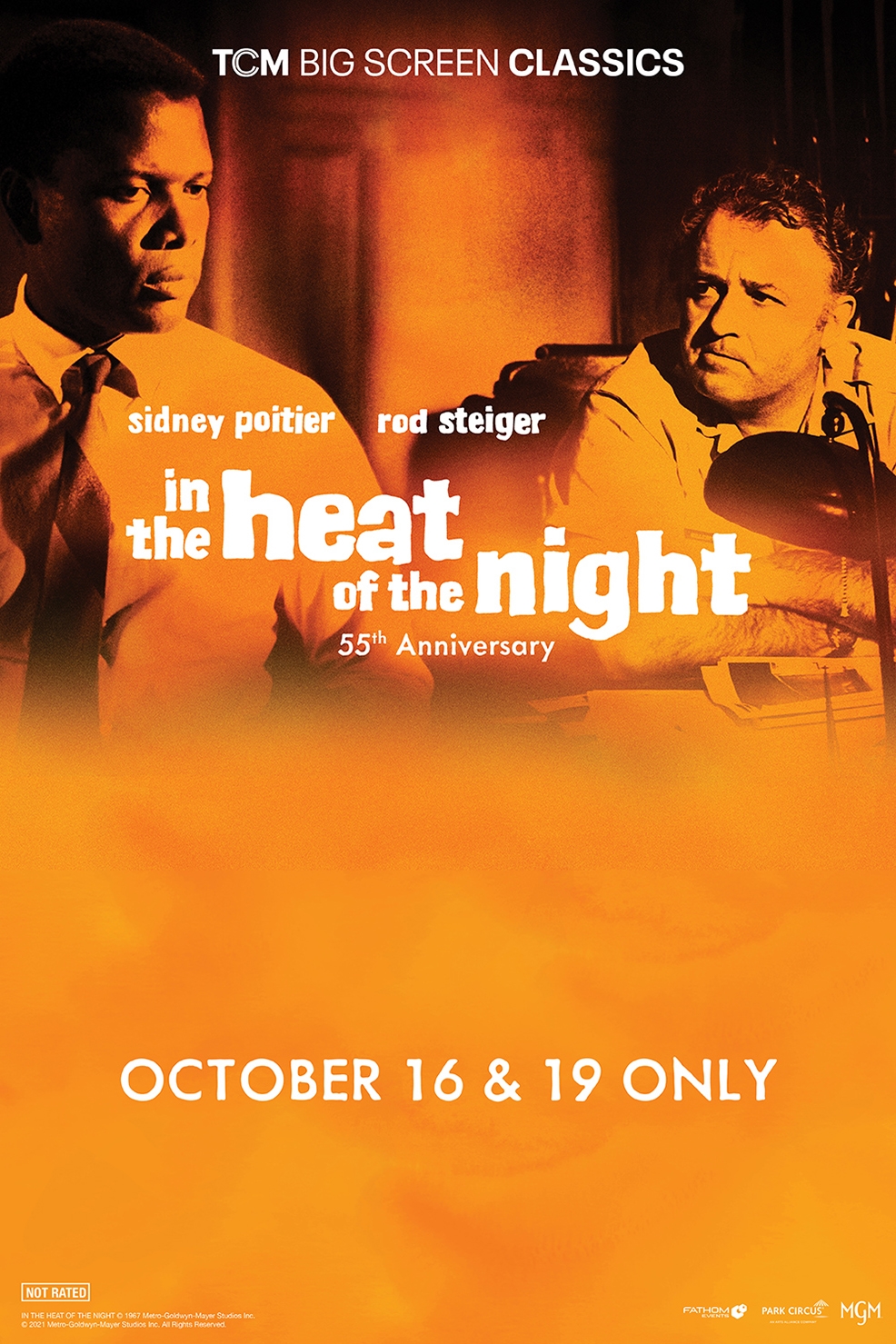 In the Heat of the Night 55th Anniversary presented by TCM

Fathom Events, Turner Classic Movies, Park Circus and MGM are bringing In the Heat of the Night to select cinemas on October 17 & 19 including exclusive insights from TCM. While traveling in the Deep South, Virgil Tibbs (Sidney Poitier), a black Philadelphian homicide detective, becomes unwittingly embroiled in the murder investigation of a prominent businessman. Finding the killer, however, proves difficult when his efforts are constantly thwarted by the bigoted town sheriff (Rod Steiger). But neither man can solve this case alone. Putting aside their differences and prejudices, they join forces in a desperate race against time to discover the shocking truth.