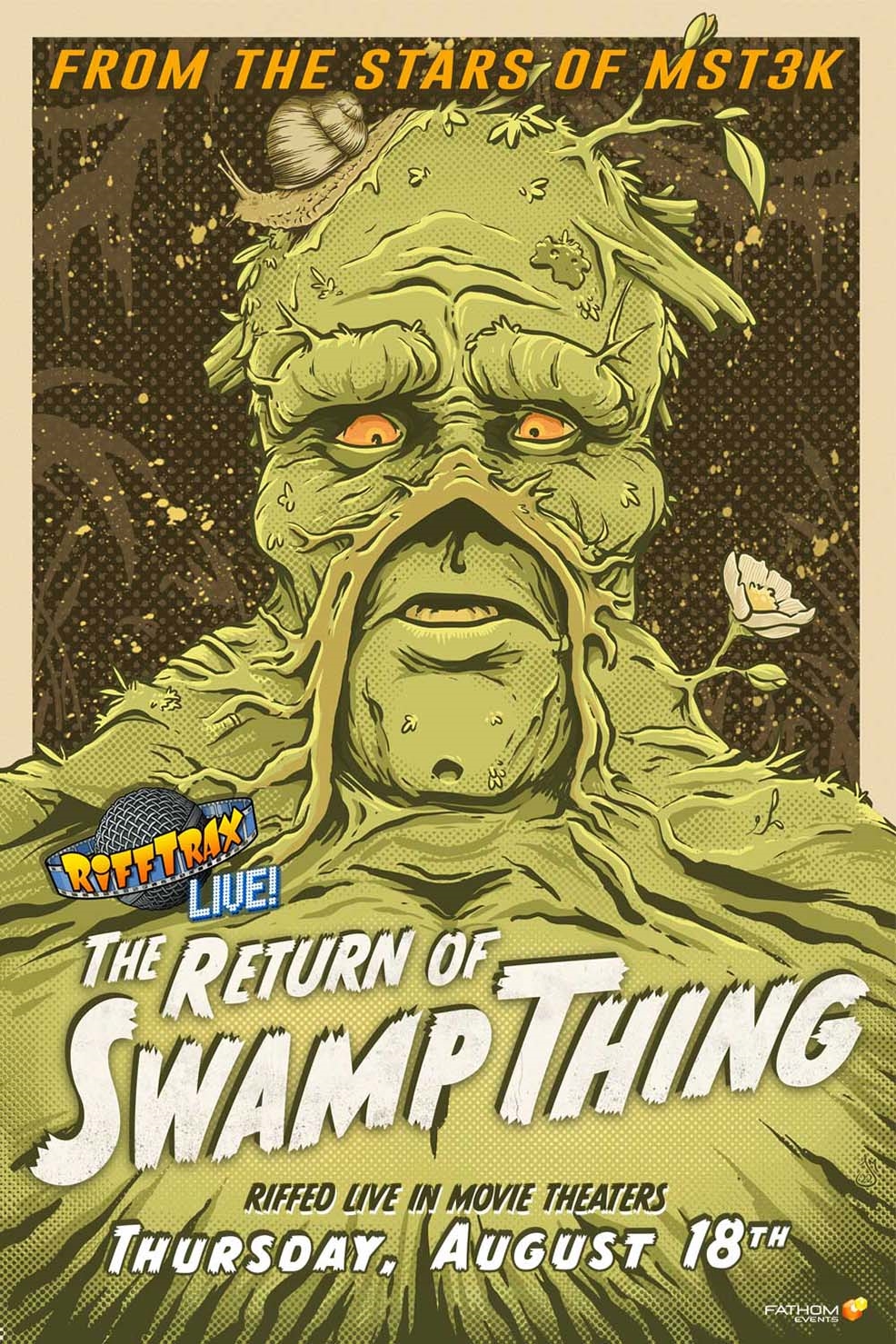 He's back! You probably didn't know that he was gone, but he was and now he's back! Swamp Thing, AKA Swampington Montgomery Thing, returns to thwart the sinister plans of the evil Doctor Arcane, who apparently is also back. But! Here for the first time is Heather Locklear, the young woman who is drawn to the mysterious charms of Mr. Thing and desires a love that is both human and plant-based. A sequel to the Wes Craven cult classic, The Return of Swamp Thing is decidedly NOT Directed by Wes Craven, but that's fine, because it means this one is bigger, dumber, and way more riffable. Join Kevin, Bill and Mike as they run through the backwood bay, chasin' down a hoodoo, live in theaters nationwide on August 18th!