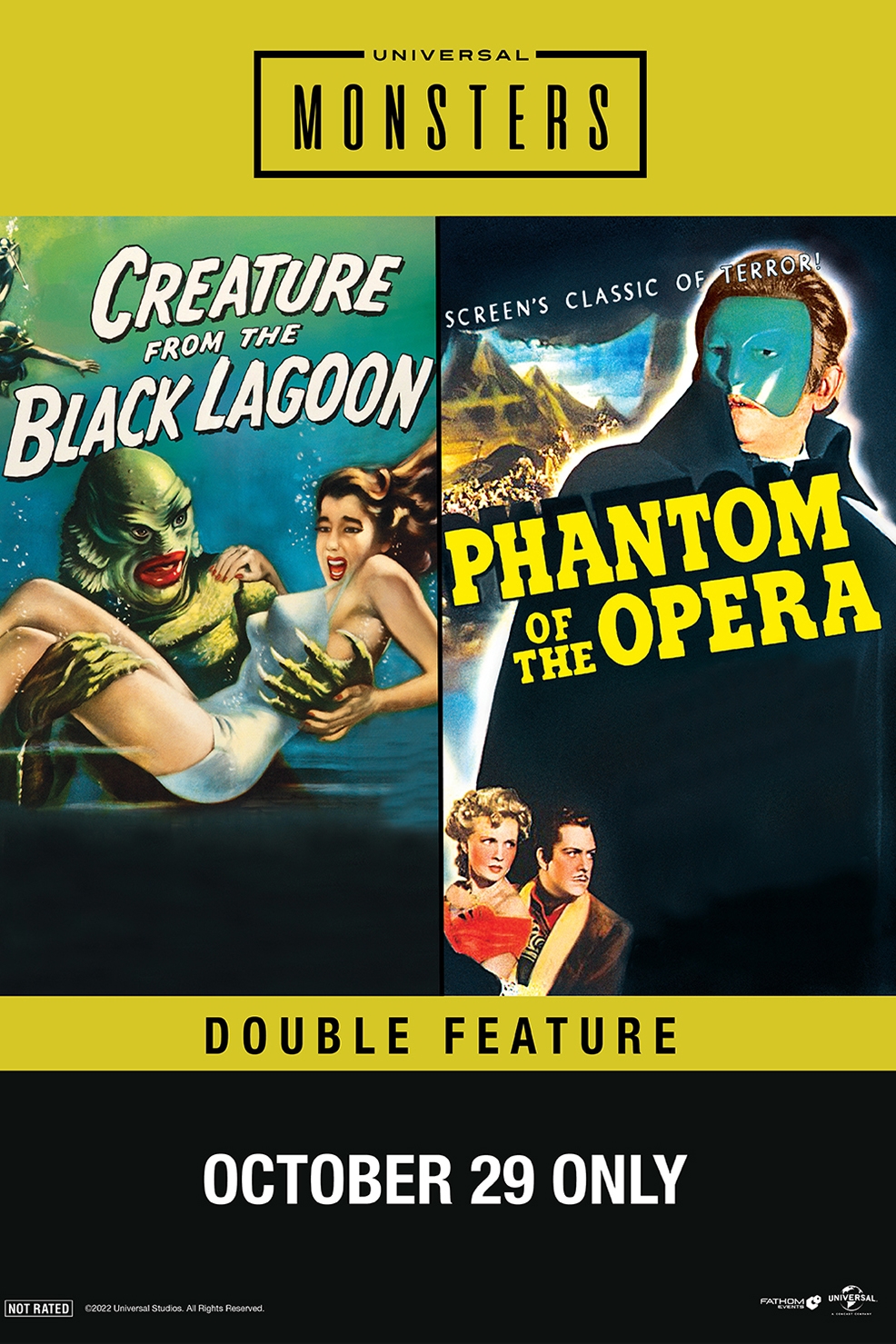 Perfectly blending Universal's classic monster heritage with the science-fiction explosion of the 1950s, Creature from the Black Lagoon tells the mythical story of a dangerous half-human, half-fish creature lurking in the depths of the Amazon. After discovering a unique prehistoric claw fossil on an expedition deep in the jungle, scientists investigate its origins which lead them directly to a mysterious creature. Led by ichthyologist David Reed (Richard Carlson), the men try to capture the monster who has become obsessed with David's assistant, Kay (Julia Adams). Originally released in 3D, this thrilling adventure inspired sequels, TV series and more that continue to strengthen the monster's legacy to this day.One of the most popular stories of all time, Gaston Leroux's Phantom of the Opera is the legendary horror tale starring Claude Rains as the masked phantom of the Paris Opera House. Following a tragic accident that leaves him disfigured, crazed composer Erique Claudin transforms into a masked phantom who schemes to make beautiful young soprano Christine Dubois (Susanna Foster) the star of the opera and wreak revenge on those who stole his music. A heroic baritone (Nelson Eddy) tries to win the affections of Christine as he tracks down the disfigured "monster" who has begun murdering those who resist his mad demands. Inspired by the original 1925 silent version, this lavish Technicolor production remains one of the most unforgettable adaptations ever to be filmed.