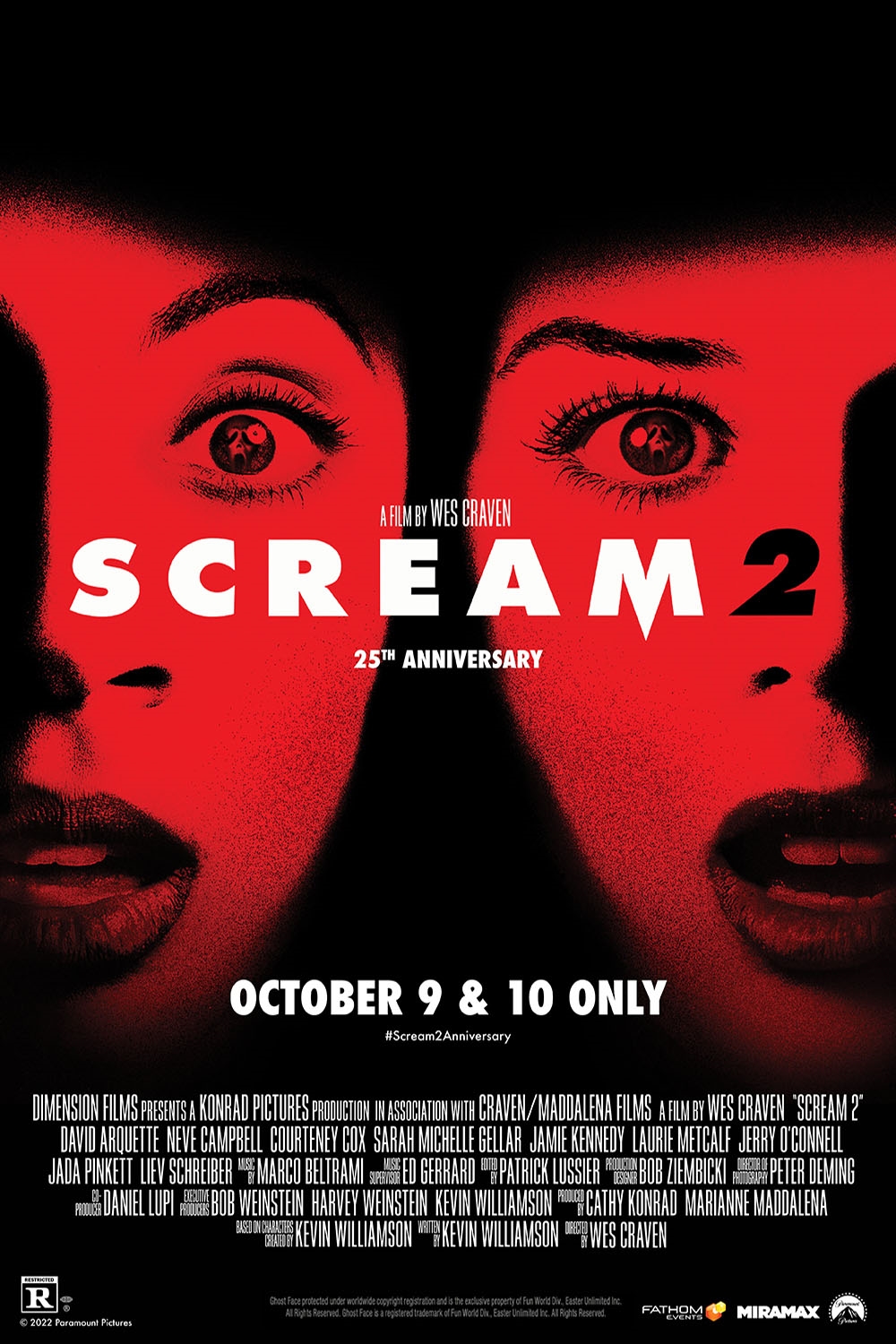 Someone's taken their love for horror sequels too far in the clever follow up to the smash hit SCREAM. While away at college, Sidney Prescott (Neve Campbell) thought she'd finally put the shocking murders that shattered her life behind her...until a copycat killer begins acting out a real-life, and terrifying, part two. As history eerily repeats itself, ambitious reporter Gale Weathers (Courtney Cox), deputy Dewey (David Arquette) and the remaining survivors of the first film find themselves trapped in a plot in which no one is safe, or beyond suspicion.